Consumer Supply was founded in 1956 on 112 Pearl Street in Sioux City. It was an old three story building that was built prior to 1900. Consumer Supply was located there for 20 years. Their business has grown dramatically in the last four years and steadily for 50 straight years. It’s a local family owned business in its third generation of leaders.

Their second home was on 2018 East Third Street after they acquired the assets of Peavey Company’s distribution business in Sioux City in 1976. In 2000, the company began construction of a new facility at 5101 Harbor Drive in Sioux City. On a 16 acre Industrial site sits a state of the art 100,000 sq. ft. facility. The new facility incorporated space for the entire trucking fleet currently in use and a bulk receiving facility with 800 tons of overhead bulk storage.

In 2002, Consumer Supply decided to enter the companion animal business as a manufacturer of pet foods, pet treats and extruded horse feeds. The production facility, contained within the new distribution facility was completed in November of 2002 and production of Country Vet Pet Foods, our company’s proprietary label, began. You can find this product here locally at Bomgaars. Today, total extrusion capacity stands at 65,000 to 70,000 ton per year. That’s a lot of pet food!

In 2013, they entered into a joint venture to build a new state-of-the-art production facility to produce low-moisture block supplements. You may know these products as Cattle Lick Tubs. They are found on Ranches nation-wide. The new facility is located at their Harbor Drive building in Sioux City, Iowa.

In 2014, they broke ground on their state of the art facility that will produce bagged, pelleted or texturized feeds in half of the facility and vitamin premixes in the other half. This will also be the new location of their corporate offices and financial operations. The new facility will be located in North Sioux City, South Dakota. 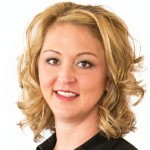