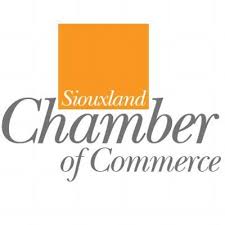 Odessa, Texas, topped this year’s list with 18 qualifying projects, just one more than Sioux City, in the publication’s category of metro areas with populations less than 200,000.

“While second place was not the ranking we were aiming for, we were pleased the Siouxland area has once again been ranked among the top communities in the nation for economic development,” said Chris McGowan, president of the Siouxland Chamber of Commerce and The Siouxland Initiative.

Metro Sioux City topped Site Selection’s list in 2012 and tied for first in 2013, with Dubuque, Iowa, and Altoona, Pa.

Site Selection, which announced the 2014 rankings on itswebsite, defines a qualifying project as an investment of at least $1 million, an addition of at least 20,000 square feet or creation of at least 20 new jobs. The publication does not track retail and government projects, or schools and hospitals.

Site Selection, whose subscribers include professionals who help corporations find the right place to locate and expand, also ranked Sioux City No. 1 in 2007 and 2008.

The Atlanta-based publication has long sponsored the Governor’s Cup, which ranks the 50 states based on sheer numbers of projects. Last year, the publication added a per-capita ranking. In 2014, Kentucky topped the per-capita, while South Dakota finished fifth and Iowa came in 10th. Nebraska, last year’s per-capita leader, did not crack the top 10 this year.