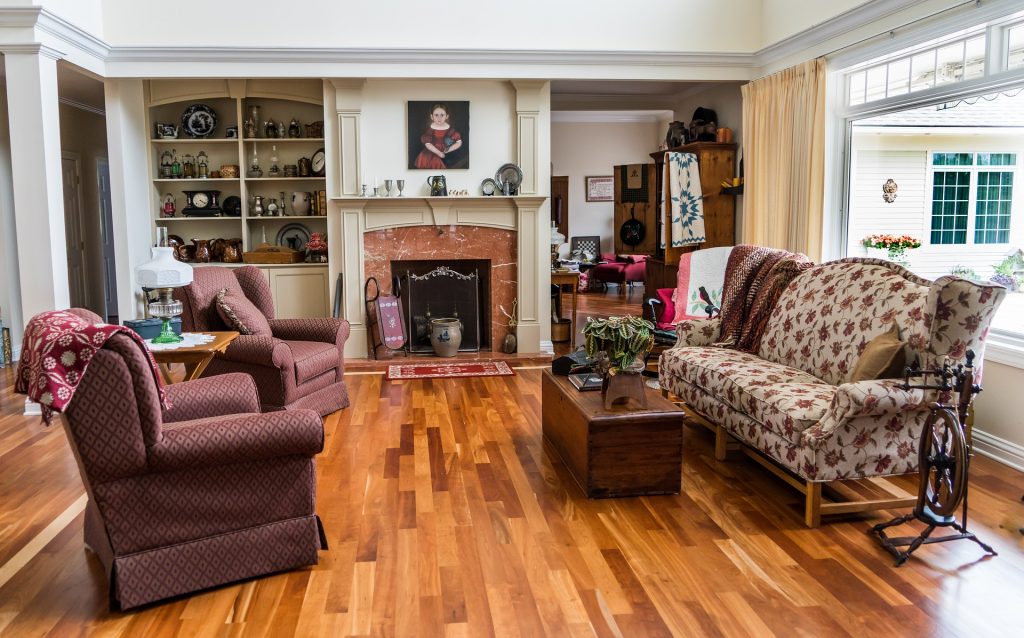 It’s easy to think of creepy items in your living room that would be instant deal breakers for potential buyers: a coffin, for instance. (With or without someone in it.) A meth lab. A ghost with an attitude problem.

First impressions start with curb appeal, but next to the kitchen, the space that arguably carries the most weight is—you guessed it—your living area. After all, it’s where we spend the most time trying to decompress and escape the worries of the day. So buyers, of course, are going to run full speed the other way if they stumble across a living room that freaks them out.

Nancy Wallace-Laabs, a licensed real estate broker in Texas, once viewed a house where hundreds of dead June bugs were piled up inside a living room window screen—“about an inch deep all the way around,” she recalls.

The insect graveyard was an instant turnoff—to everyone.

“No one was even attempting to buy the place,” Wallace-Laabs says.

Surprise ending: She and her husband ended up buying the home themselves at a steep discount, giving those June bugs a proper burial, and turning the property into a rental.

The lesson: Make sure every corner of your living room is pest-free before you show your home.

Those sad clown paintings on your living room walls might strike you as hilarious, but a potential seller will slowly back out the door.

“Anything too thematic should be removed from your living room,” says Marie Bromberg, a licensed real estate salesperson with Corcoran in New York City. “Keep in mind, the more obscure the collection, the creepier it is.”

Victorian dolls? An obvious no. But even a huge array of decorative items can strike buyers as icky.

Bromberg’s example of choice: cowhide and animal skulls. At some point, they veer from “Southwestern vibe” to “Silence of the Lambs.”

Pack your precious collections away, no matter how harmless they may seem to you.

“Even too many pet accessories will make the apartment feel like a shelter,” Bromberg adds.

Without question, experts list bad—or just unexpected—odors as the No.1 living room turnoff.

“One time I brought a buyer to a listing and the owner’s tenant was cooking hotdogs on a Foreman grill,” Bromberg recalls. “It was an open layout, meaning the kitchen had no wall between itself and the living room. The hotdog became more memorable than the apartment.”

Pat Vosburgh, a licensed Realtor® with NextHome Gulf to Bay in St. Petersburg, FL, has had clients that never made it past the living room because of the overpowering scent of cigarette smoke.

“Smells can really break a deal,” she says.

The best scent in your house?

“The smell of nothing,” says Justin Riordan, founder of Spade and Archer Design Agency, a Portland, OR–based firm that offers home staging. “It clearly communicates that the house is clean and stink-free.”

4. Evidence of your pets

You might accept the fact that your beloved German shepherd sheds his whole coat onto your couch cushions. But potential buyers won’t be as understanding.

“Yes, [buyers] will vacuum when they buy the home, but some feel they will never get all the hair up,” Vosburgh says.

And it’s not just hair that can gross them out.

Vosburgh remembers taking clients through one house and coming out covered in dog hair—and fleas.

“My husband had on dark pants, so he didn’t see them until we got in our car. They were jumping all over the place,” Vosburgh recalls. “We had hundreds on us.”

She had to flea-bomb her car. Her clients had to do the same.

“They were freaked out,” Vosburgh says. (Unsurprisingly, they didn’t make an offer on the home.)

“Light is the No. 1 seller of homes,” Riordan says. “Please, for goodness’ sake, let in the light.”

He recalls one client who hated the fact that her living room window faced the street and insisted on heavy sheers to block the view—even though they kept the space in gloomy semidarkness.

“She left the sheers up against our request to take them down and when the house sat on the market for a few weeks, complained that our staging wasn’t working,” Riordan says.

He persuaded her to take down the draperies for just one open house.

“Funny enough, she had three offers by the end of it and the property sold for over asking,” he recalls. “Light. Sells. Spaces.”

6. Evidence of death or hoarding in the home

But here’s the thing: They’re not always called right away.

“We’ve had families who’ve tried to clean a past loved one’s home [before it goes on the market], and it just gets to be too much, both emotionally and physically,” Salomon says.

“I would not recommend a biohazard scene such as a crime or death that occurred in a home to be done by unlicensed professionals,” she adds. “It’s illegal and a huge safety concern for all involved.”

A photo on the living room wall of you and your family at Disney World isn’t creepy (usually), but can still be a major turnoff to buyers.

“Everyone says this, and somehow no one believes it,” Bromberg says. “Every client I’ve had pushes back with ‘But the photos are professional,’ ‘They look like magazine photos,’ ‘My kids are cute,’ and ‘Families will want to see another family lived here.'”

Bromberg once toured a home where many of the family photos were “Star Wars”–themed—”like family members in full Yoda and Padmé regalia,” she says. “My buyers found it very awkward.”