Homes for Sale in Northside 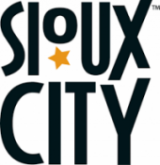 Search for listings in the Northside neighborhood of Sioux City!

Sioux City is at the navigational head of the Missouri River, about 95 miles north of the Omaha–Council Bluffs metropolitan area.  Sioux City and the surrounding areas of northwestern Iowa, northeastern Nebraska and southeastern South Dakota are sometimes referred to as Siouxland, especially by the local media.

In 2008 and 2009, the Sioux City Tri-State Metropolitan Area was recognized by Site Selection as the top economic development community in the United States for communities with populations between 50,000 and 200,000 people. In March 2013, Site Selection also recognized Sioux City as the 4th Top Metro area in the Midwest Region behind 1st place Kansas City, KS, 2nd place Minneapolis–Saint Paul and 3rd place Omaha–Council Bluffs metropolitan area. Sioux City was also ranked 1st in regards to Metro Populations between 50,000 – 200,000.

Forbes placed the Sioux City metro in the Top 15 Best Small Places for Businesses and Career and MSN.com ranked the area the #2 Most Livable Bargain Market.

Homes for Sale in Northside